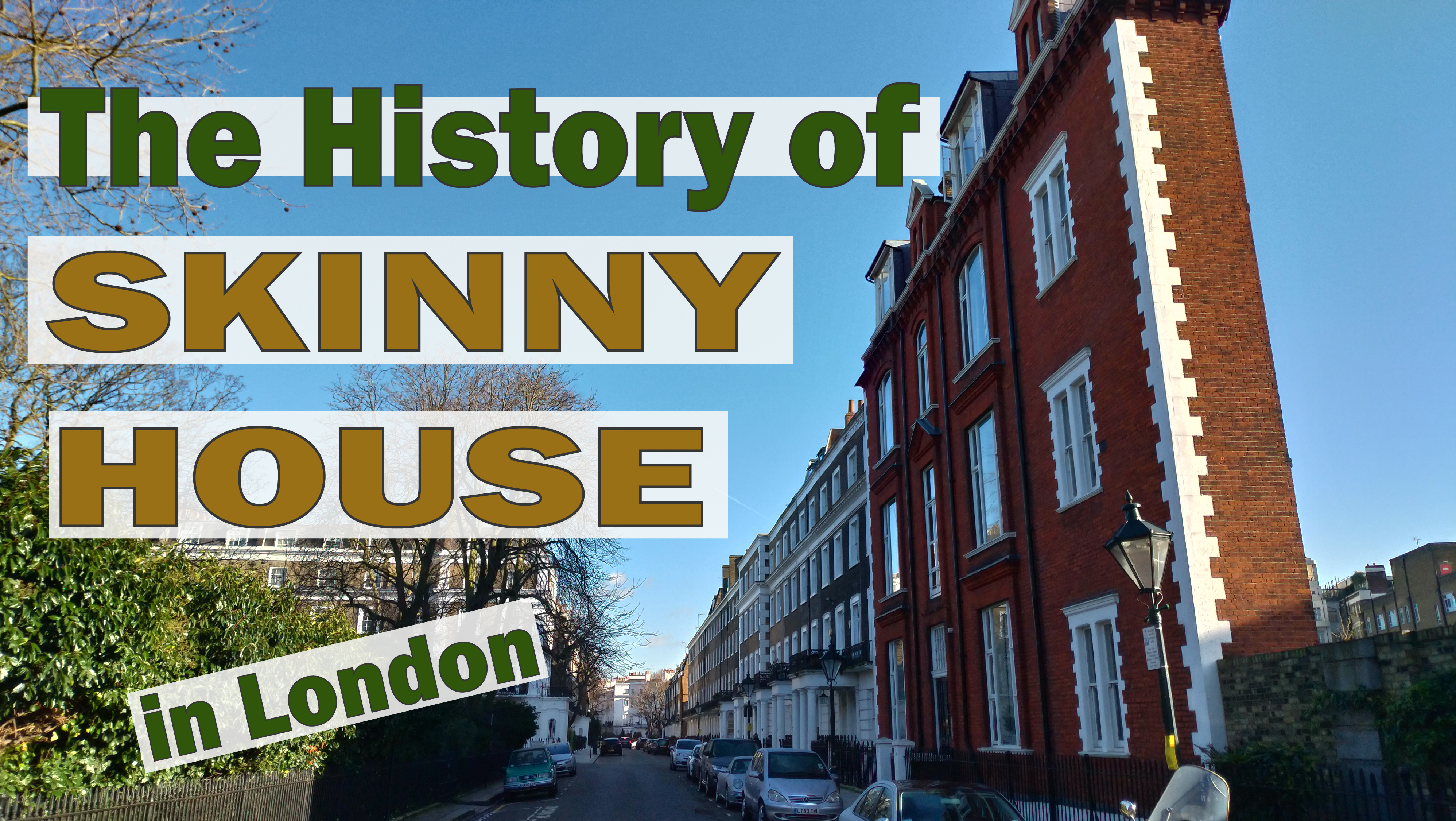 If you have been to New York City and thought that The Flat Iron Building was so cool, well you might fall in love with its smaller version in London, UK. Ok, let’s be honest: the Skinny House in London has nothing to do with the big and stunning Flat Iron Building in NYC, two different things, but it is pretty and particular. Let me tell you a bit more about the Skinny House in London.

Also known as the Thin House, it is located in Kensignton and, at its narrowest end, it’s only 6ft wide.

Originally it used to be an artist’s studio, and of course, it is now a super pricey property. You might not believe this but, it actually has a 1-bedroom flat that it currently valued £950.000. 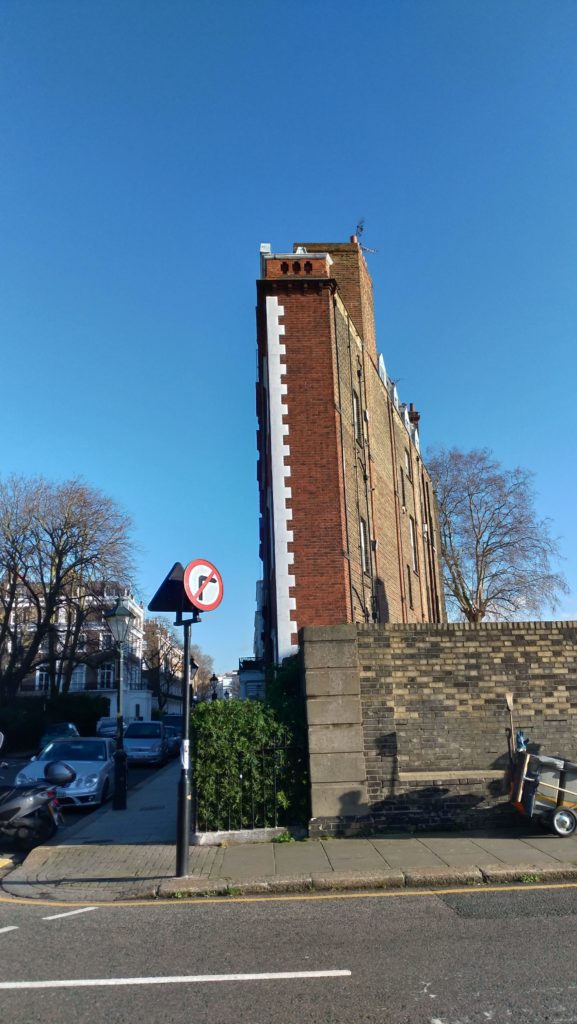 If you are wondering how it is possible to live in such a narrow space, well it is actually not that narrow. In fact, the floor plan is triangle-shaped, so the very narrow side of the building is in reality just a portion of it, the building expands towards its back. It is, basically, an optical illusion!

I also have a video filmed at Skinny House, and in this video I will show the colorful houses in Chelsea! 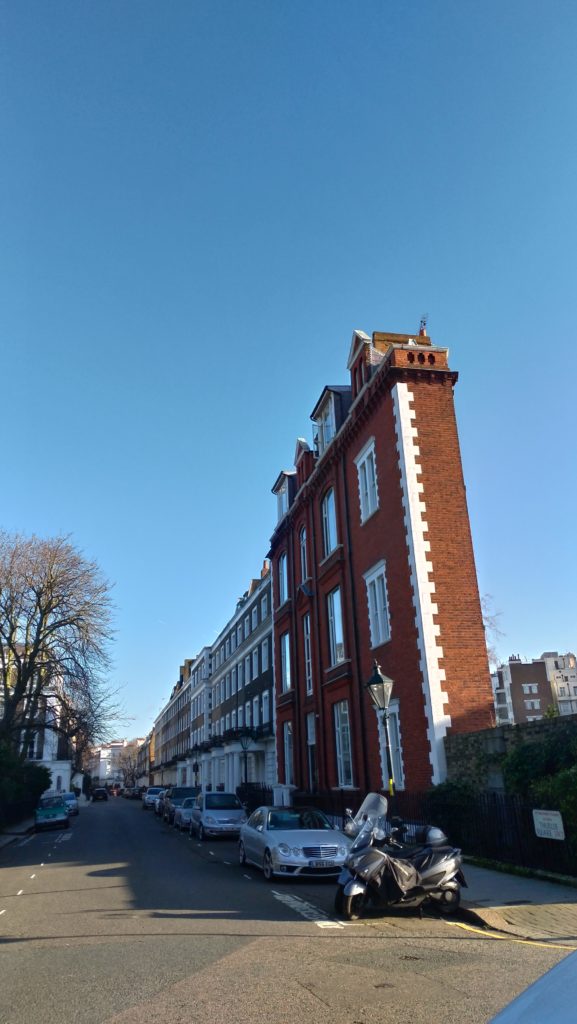 It is not far from South Kensington Station and it is located on one side of the lovely Square (Thurloe Square) where lots of lovely houses design by Architect George Basevi used to be. They were all very pretty and  very traditional, with Doric columned porches at the front doors 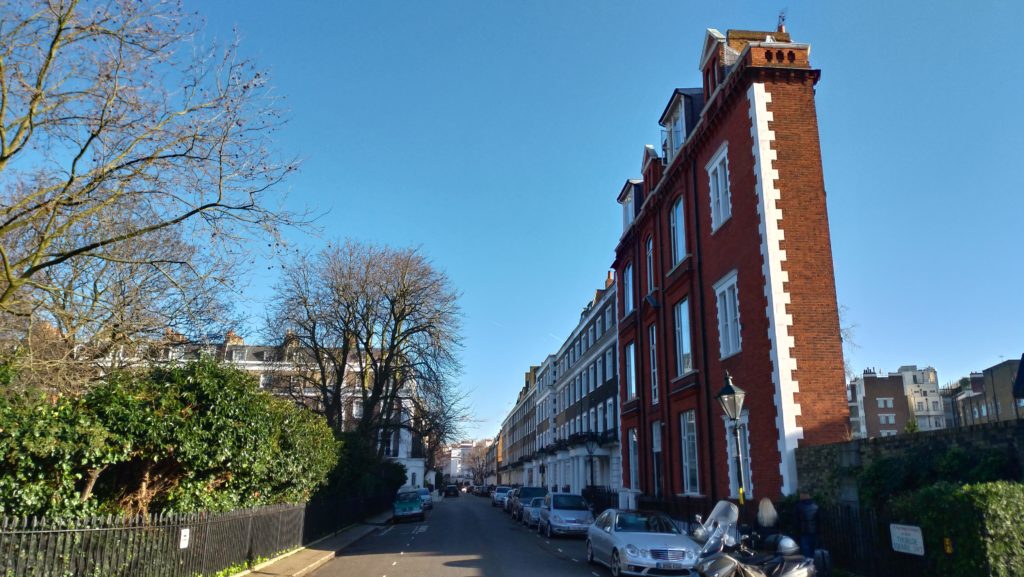 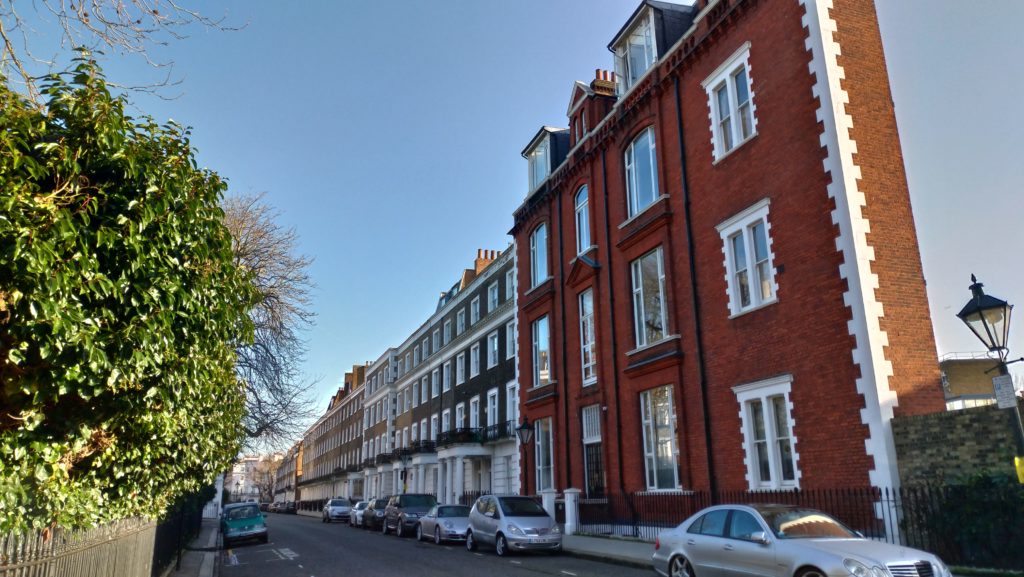 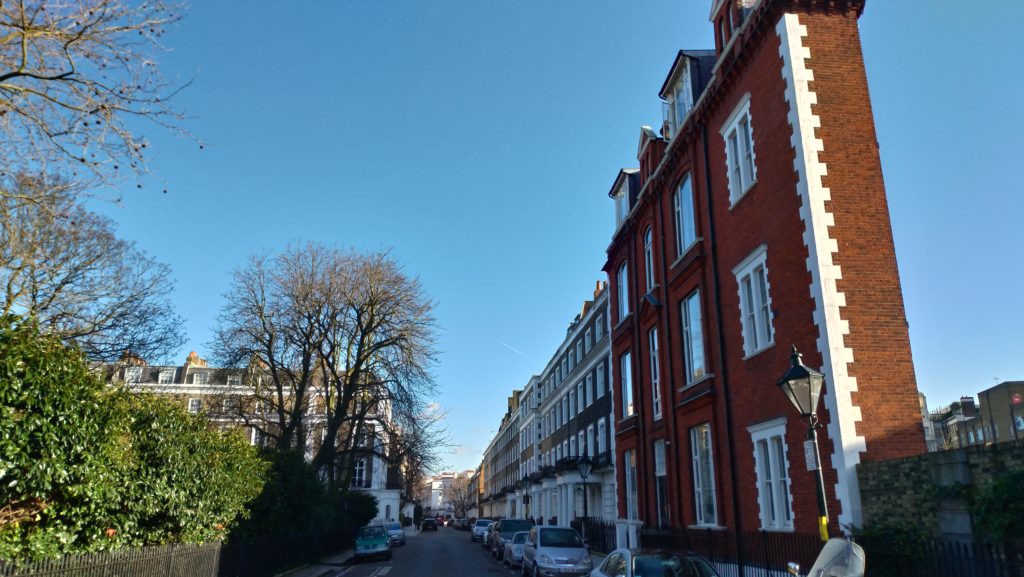 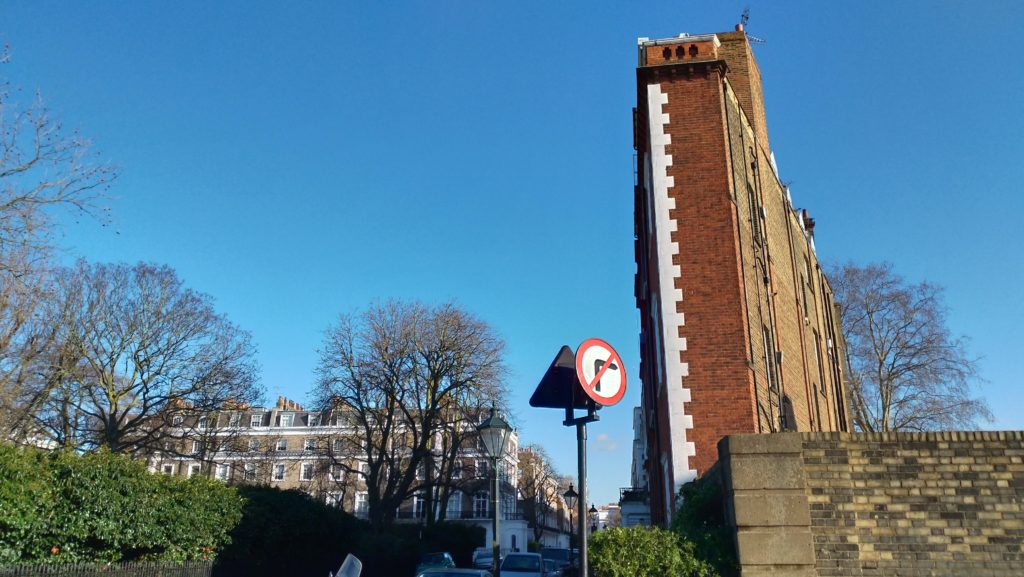 Unfortunately many were then sold to the Met District Railway, which was supposed to knock them down and build a Tube Station entrance. Bear in mind that at that time the Tube was not actually known as the Tube yet, it was not the metro-transportation system as we know it today. Luckily only 5 got demolished, although the majority of the remaining ones had their back garden drastically reduced in size.

The little triangle that forms this building was initially designed for 7 Artists’ studios, this due to the fact this area (Kensington and Chelsea ) was very well known as a hub for art.

Nowadays these studios have been converted into flats, the very expensive ones I have mentioned at the beginning.