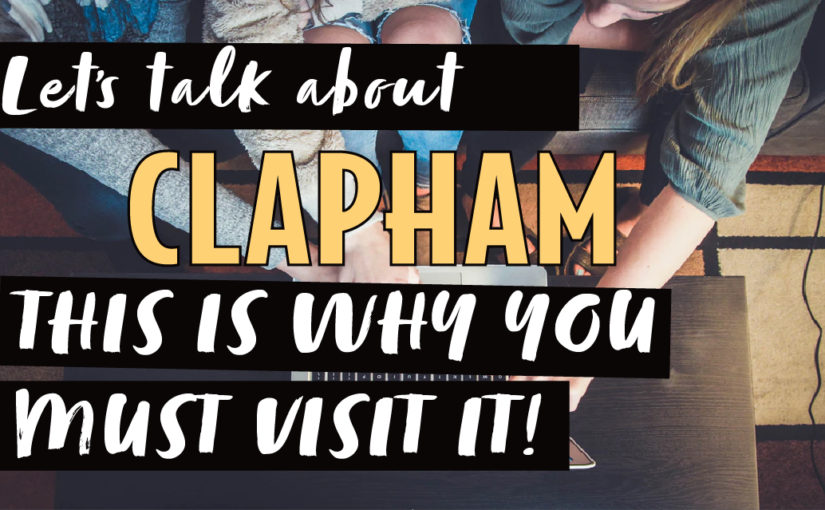 I lived in this area for three years, many years ago, and I must admit that at the time it was not what it is today, it was not so “alive” and full of things to do, so it was a bit boring for me, I felt almost isolated. But today is a whole other thing! Let’s find out together how this borough was born and evolved into what it is today. If you come to London on holiday, a trip to Clapham junction is a good idea: independent shops, cafes, restaurants, in short… a little gem often not too well known by visitors!

Clapham Common was once a large unused land belonging to the  Clapham and Battersea coulcils, with a small town with in it. Here the inhabitants grazed their livestock and collected bushes for their fires, while the ponds provided good drinking water.  The disputed border, which runs from north to south across the Common  was claimed in the17th century by the parishes, who managed to seize it and expand the area.

Since 1971, the Common (including half of Wandsworth) is owned,  entirely, and operated by the London Borough of Lambeth.

Let me tell you why we love Clapham

After introduction of the railways, Clapham grew and developed as a suburb of the City of London. During World War II Clapham was heavily bombarded; there still are entrances to deep-level air raid shelters, a lasting reminder of the impact of World War II on  London.

A year ago today, when corona was just a beverage 🍻

Due of its location on the other side of the thames compared to Knightsbridge and Chelsea, the middle class began to migrate here as soon as they realized it was a very good area, and now Clapham is becoming a prestigious area of London.

Clapham today is very attractive to all different types of people, from young families (it has an inviting family atmosphere, with a selection of quaint cafes and independent boutiques as well as a wide range of options for schools, Clapham Common is a great area and includes lots of acres of greenery that has children’s play areas), to young professionals looking for an easy ride around the city while being able to relax in one of the many local pubs and restaurants. Investors are also attracted to Clapham as it has shown that many have planned and still are planning to move to this area.

The Common has been an area of recreation since forever, and continues to be very much like it, with an endless list of activities on offer, music events and a long list of sporting activities. In addition, many new annual events turn to the Common, and traditional ones are still coming back each year; such as Calling Festival and the FoodiesFestival.


If the outdoor exercise isn’t for you, then there’s also Clapham’s recently  renovated old pool and now includes a new pool, fitness area, and a large sports area too. If this is not enough, this newly rennovated building also includes an amazing library and a new family health centre.

Clapham is also very popular with professionals, of any level and age, because as mentioned before, it is located not too far from central London, but at the same time it is and remains a nice residential area. Packed with of trendy bars, clubs, and restaurants that allow whoever lives here to relax with friends both at the weekend or even when they are back home after a long day at work.

The three main stations, Clapham North, Clapham Common and Clapham South on the Northern Line allows passengers to get to Bank or London Bridge in just a few minutes. The Overground Line from  Clapham will take you directly to Shoreditch High Street in less than 40 minutes.

In the end I think that if I could move back here…I would. Things here in London change and evolve all the time, and Clapham is a good example!