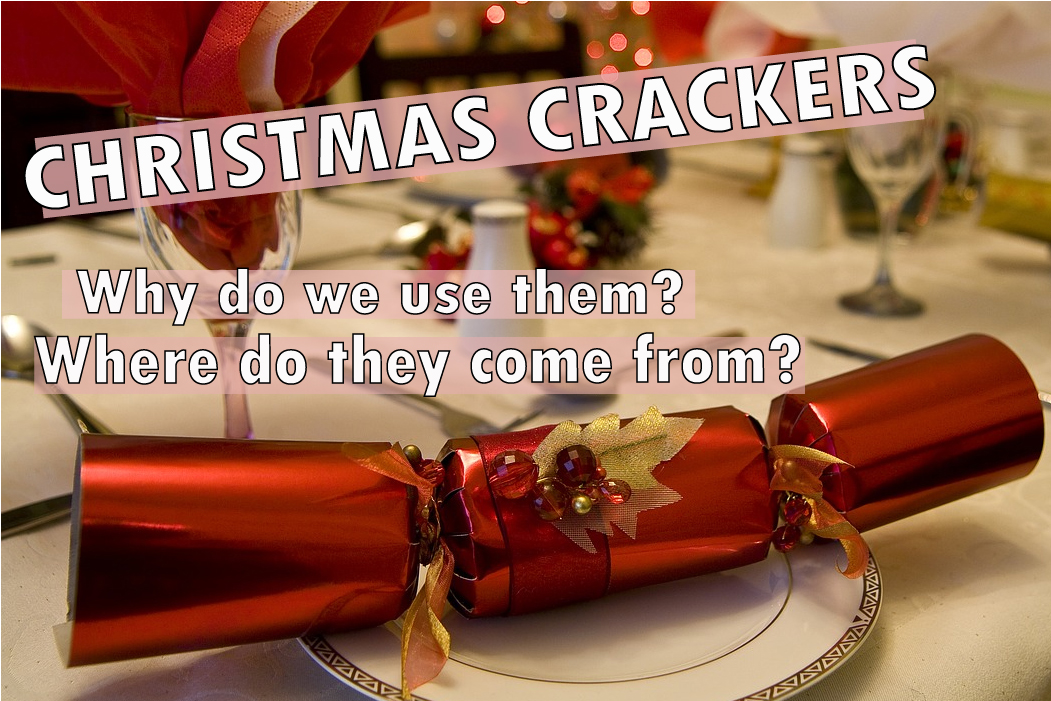 I must admit I had to do some researching here because so many times we do things almost on a daily basis, but we have no idea on where they come from. Let’s see where this Christmas Cracker tradition comes from, do we know why we use it? This is what i have found out about it, and it is pretty interesting!

We follow traditions because we like them, and sometimes even when we find them a little weird. This might be the case for Christmas Crackers. Think about it, why do we actually play with a cardboard tube covered in Christmas paper and filled up with a silly paper hat?!

We twist both ends of this tube till it cracks open and then we all go a little crazy for a little toy and the above-mentioned paper hat. It’s a crown actually, I know.

They can be found on Christmas dinner tables throughout the United Kingdom, apparently, they can be found in the USA too, but just for British people that moved overseas, the Americans don’t actually know what to do with Christmas Crackers! 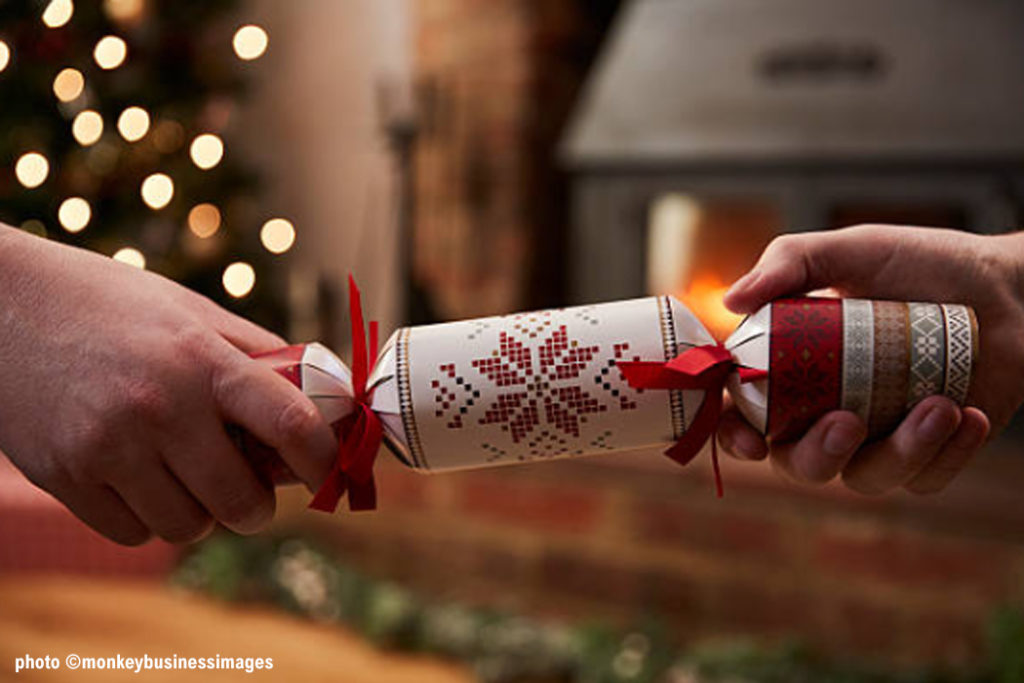 But, exactly…what do we do with them? Well, first of all, you need someone to play with. Each person grabs an end of the cracker and pulls towards them, till the cardboard tube cracks apart. We really want to hear that joyful “crack” sound, don’t we? What’s inside falls out and we can now enjoy its content. There is no set rule on how to use these, any household has its own family rules and traditions. In many families the person who asked to play usually keeps the gift that will fall out the tube, and therefore this is also the person who will wear the hat. Because this is the only unwritten rule: you must wear that hat!

They say that the crown (the paper hat) represents the three wise men, but nobody really knows.

Christmas Crackers are generally sold by the box, and prices range from very cheap to “a bit expensive”, and what makes the difference is usually the gift inside. The most expensive ones might have gifts such as bottle opener, keyrings, bijous, etc – most of the things we find in there are pretty useless, but we do it for the fun side, don’t we?

So, I have told you about the amazing paper hat and the little gift we can find inside, but that’s not all. The third thing that will fall out of your cardboard tube is The Joke. It’s a little piece of paper, a cute card sometimes, with a joke written on it. usually a very bad joke that has to be read aloud. So yes, this is another rule even though I have said that there are no rules, but in reality…yes, there are these two: wear the silly hat and read the joke aloud.

I have no idea whether now you want to try one or now, maybe not after my not-so-encouraging description. So, let me tell you a little bit about how it all originated from, who invented them? Where do they come from?

They say Christmas crackers were invented by a creative and smart London confectioner, his name was Tom Smith, back in 1846.  They say (again) that on a business trip to Paris he found a French confectioner who wrapped his sweets in tissue paper.  He genially loved the idea and when he was back in the UK, decided to buy lots of sugar-coated almonds and sold them wrapped individually for Christmas. He then added a little love-note attached to the little wrapped candy. If this was not enough, he also thought about added a little gift to it, but of course the candy was too small, so he came up with another idea. He thought to use a little box with the note and the gift, but he was also inspired by the sound of fireworks in early November and wanted to recreate that sound. He spent 2 years developing how to re-create that snapping sound. But guess what, he actually did not come up with the snap sound we all know very well, it was in use already as a type of fireworks. A long time before Tom came up with the Crackers idea. 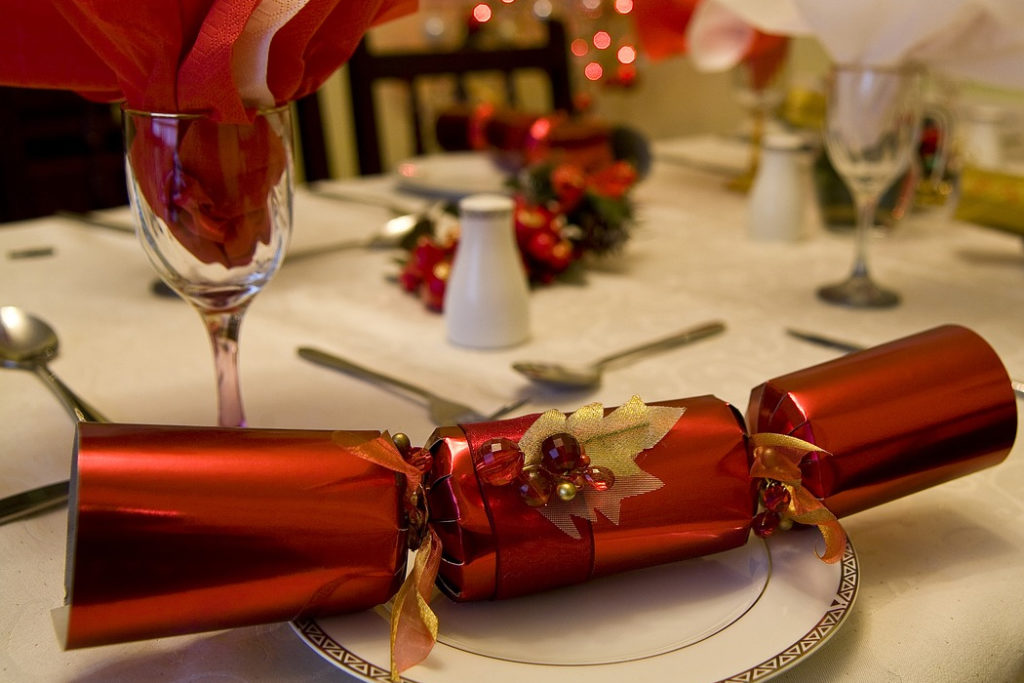 The tradition of selling little tube-box with a little note and gift inside, continued even after Tom passed away. Walter Smith, his son, introduced the idea of paper hats and after a while, he got rid of the love notes and started to use the jokes.

The Company then moved to Finsbury Square, due to the fact that they needed more space. The company became Smith & Co. and started producing crackers of any sort. Super luxury ones, more affordable ones and even themed ones, for instance for birthdays and bachelor’s parties.

Nowadays the company belongs to International Greetings based in South Wales. Most crackers are now made in China, though. 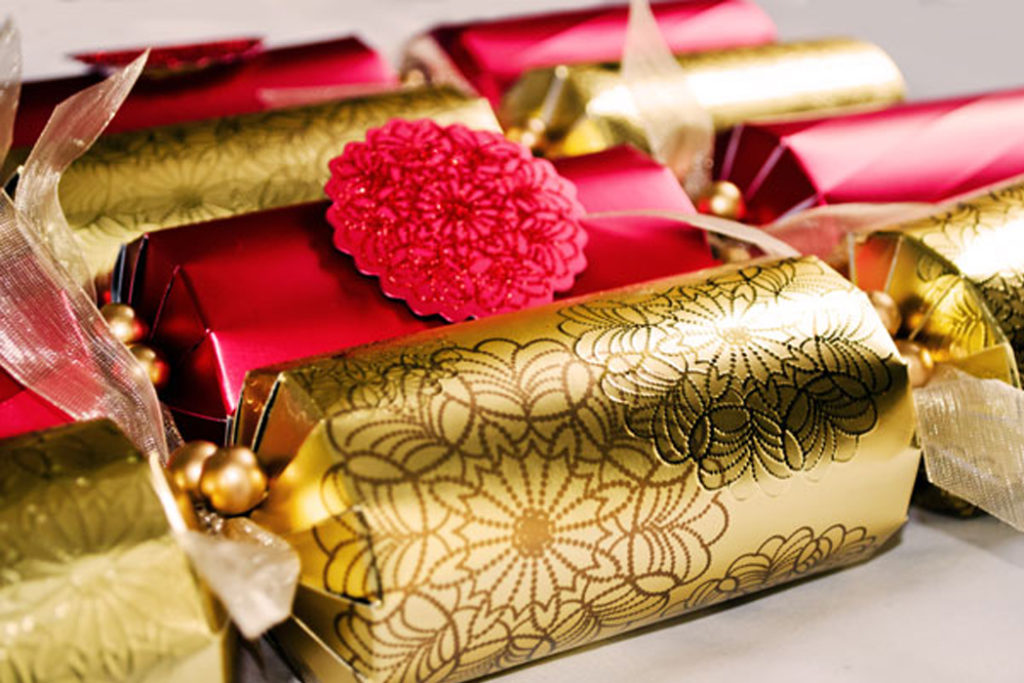 They are still a big thing in the UK and each year is largely used in every family. There is usually a cracker next to each plate during Christmas Dinner. Also, The British Royal Family has special crackers made for them each Christmas.

There is normally a Cracker next to each plate on the Christmas dinner table, and it brings joy and a good laugh, every time.

So, if you are coming to visit London before Christmas, why don’t you pop into a shop in London and bring back home a box of Christmas Crackers? They are widely available from the end of September/beginning of October, in different shops and supermarkets too. Pop into a M&S and you will definitely find nice ones! 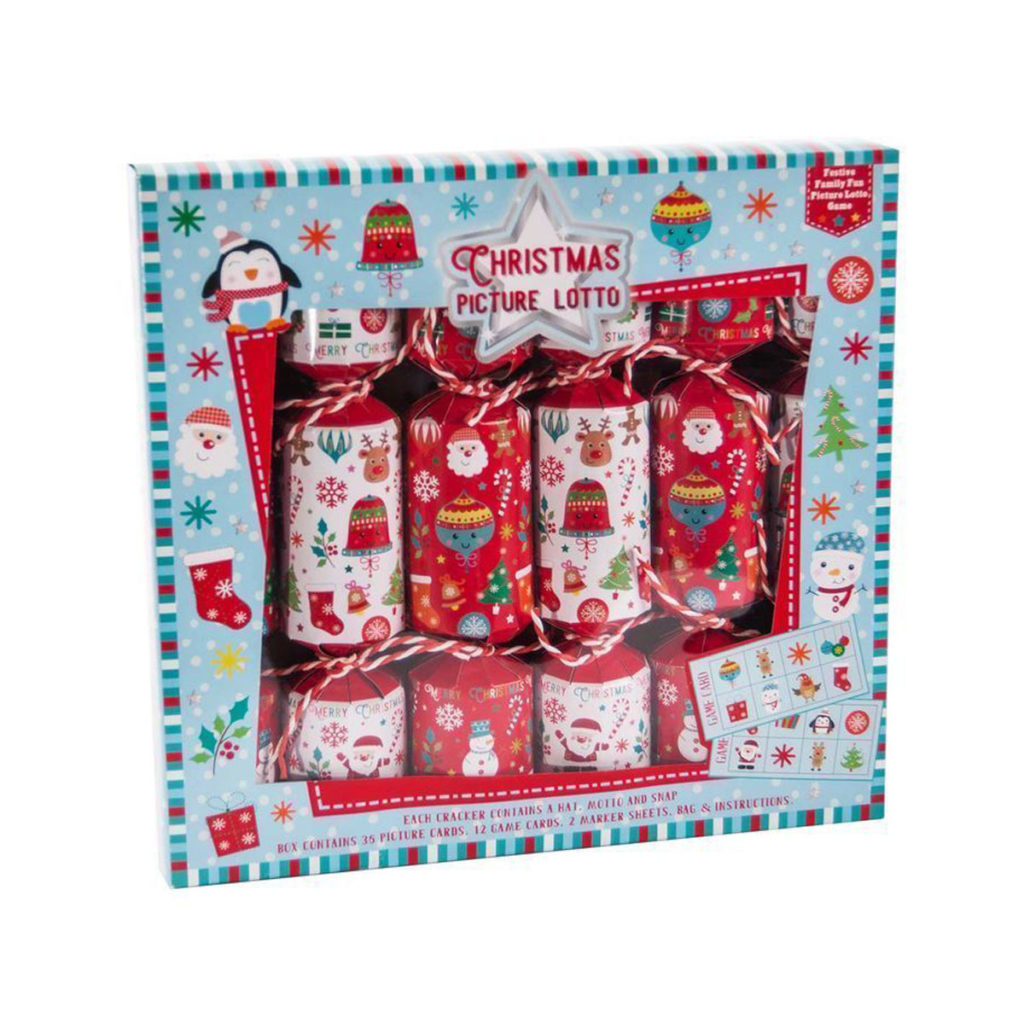 2 thoughts on “Christmas Cracker | Do you know why we use it?!”