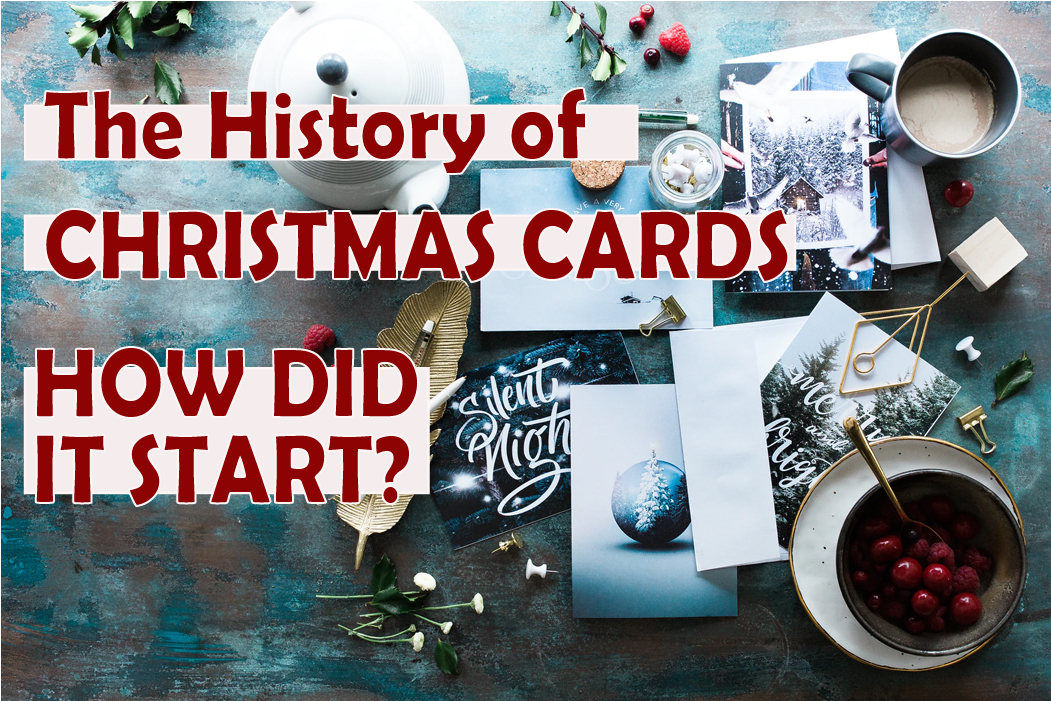 The tradition started in the UK in 1843 by Sir Henry Cole. A senior civil servant who had helped to open the new post office. He came up with the idea of Christmas Cards along with John Horsley, an artist. John designed the first Card. The card was split into 3 sections, like a folding card, the outside showed people taking care of poor people, in the inside of the card there was a family having a large Christmas Dinner. Not only this seemed a bit controversial, but many complained because in the inside drawing a kid was holding a glass of wine! 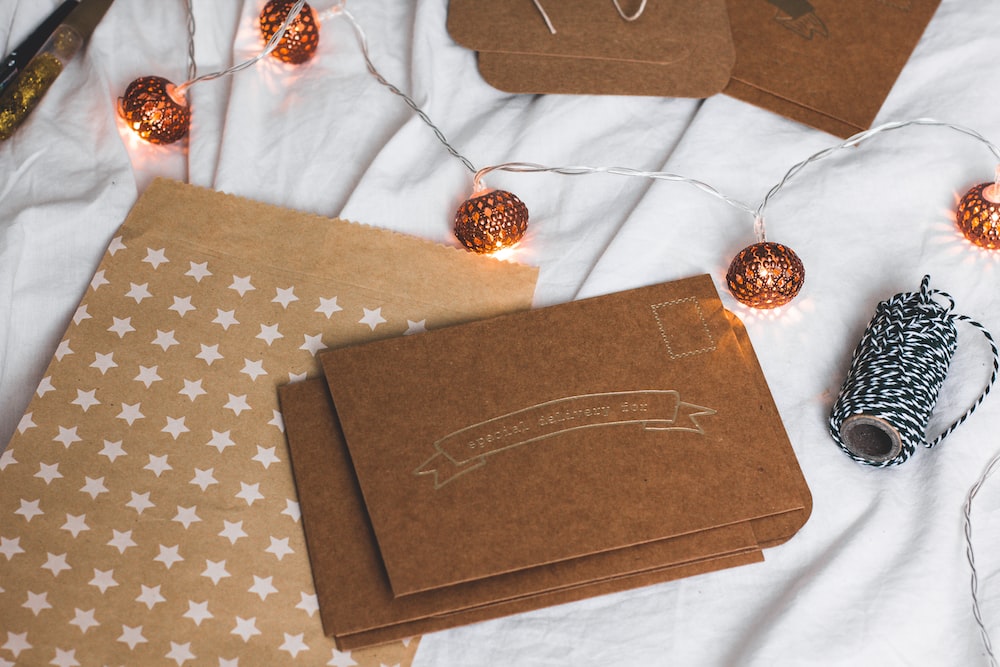 Anyway, they sold over 1000 cards. These original cards are now, of course, very rare and are worth a lot of money.

These original cards were advertised with a particular slogan: “Just published, a Christmas Congratulations Card; or picture emblematical of old English festivity to perpetuate kind recollections between dear friends”!

The first postal office open to the general public opened in 1840, but Sir Cole introduced the “penny Post” which helped ordinary people to send cards and stuff, before this, just rich people could afford to send stuff from the post office. Also, around 1843 in the UK, new railways were being built, and this of course helped with the distribution and helped to lower the costs.

Cards became very popular and after a few years, a Card could have been sent for half the price if unsealed.

By 1860 printing methods had improved, so new designs and options were available. Plus, the cost of sending cards kept dropping allowing more and more people to be able to send one. 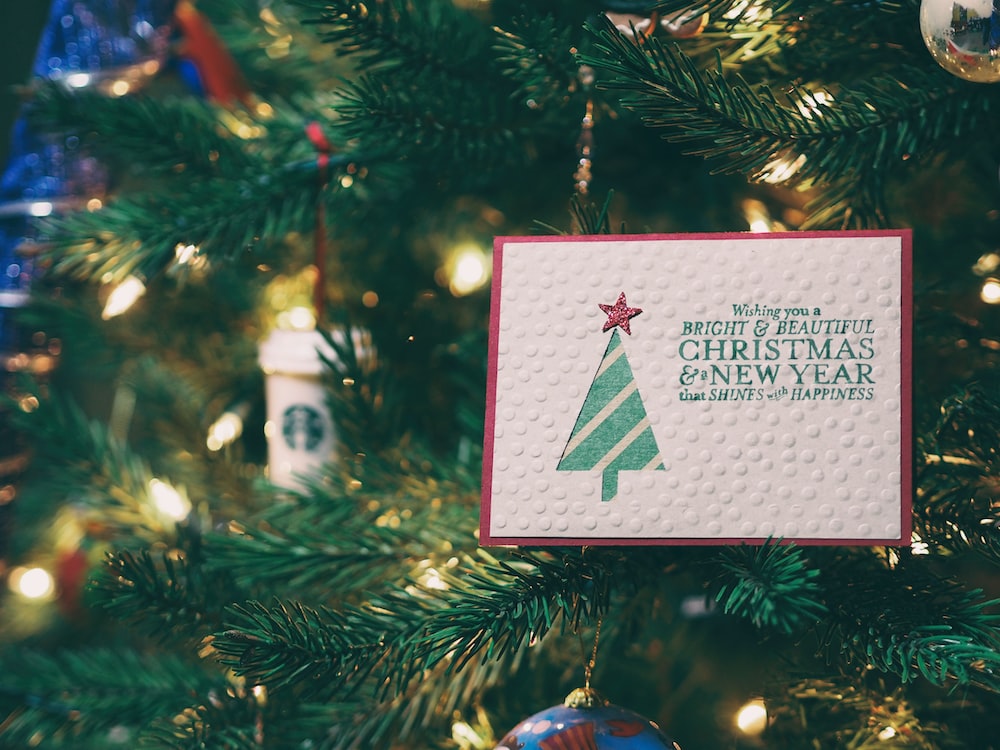 By 1910 the custom had spread outside the UK and did particularly well in Germany.

The first cards usually had pictures of the Nativity scene on them.

In USA the printing of Christmas Cards started pretty much at the same time, but they were very expensive, so very few could buy them. They a professional German printer started mass production of Christmas Cards, so more people could afford them. This happened in 1875, so definitely later compared to the UK.

In the 1920s, home-made cards became popular. They were pretty similar to the ones we still make nowadays: using scrap paper, cardboard, ribbons, and foil. 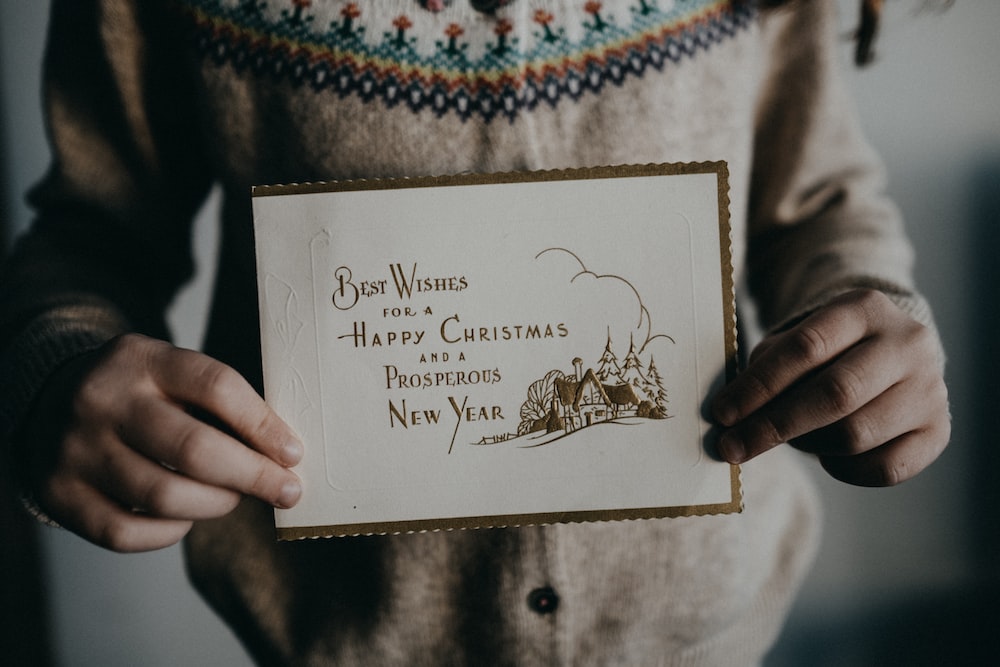 Nowadays, cards come in any shape, size, and design. They can be found anywhere from mid-October and we can choose from a single one, of Card packs, which are usually very affordable.

Even though we tend to go digital for everything nowadays, the tradition of sending Christmas Cards has not died. Might be less popular but many still like picking the right card for the right person, and most of all, as tradition, we love displaying them on a shelf at home!

By 2015 the number of cards sent had dropped quite a lot, but manufactures still got a lot of money from it by understanding that people still loved to send individuals cards, so they increased the price for these ones, and still managed to achieve the estimated sale figure!

When we were kids, we might remember our families getting a lot of cards and displaying them around the house. It was nice and very Christmassy. So it seems that this has gone lost a little bit, but many of us still find a little time to go out, pick cards, write them and have them sent out. If you live in London you might not have time for such a luxury (write a card and send it!) but the tradition is still up and running in small villages in the countryside, places where you still know your postman’s name and have a milkman stopping by every morning.

Nowadays we want to connect with others straight away, no time to wait for a card. So we should all make a little effort this year and send a card to someone special to us. By taking time to do so, we will show them how much we care.

When the tradition first started, families were sending out about 300 cards per household. Now has been estimated that the average is 8 per household. Do we really want this tradition to die?
You have no excuses; we can now find cards so easily and for very little money. Go out, find one that you like and send it so someone with a special message, they surely will appreciate it! 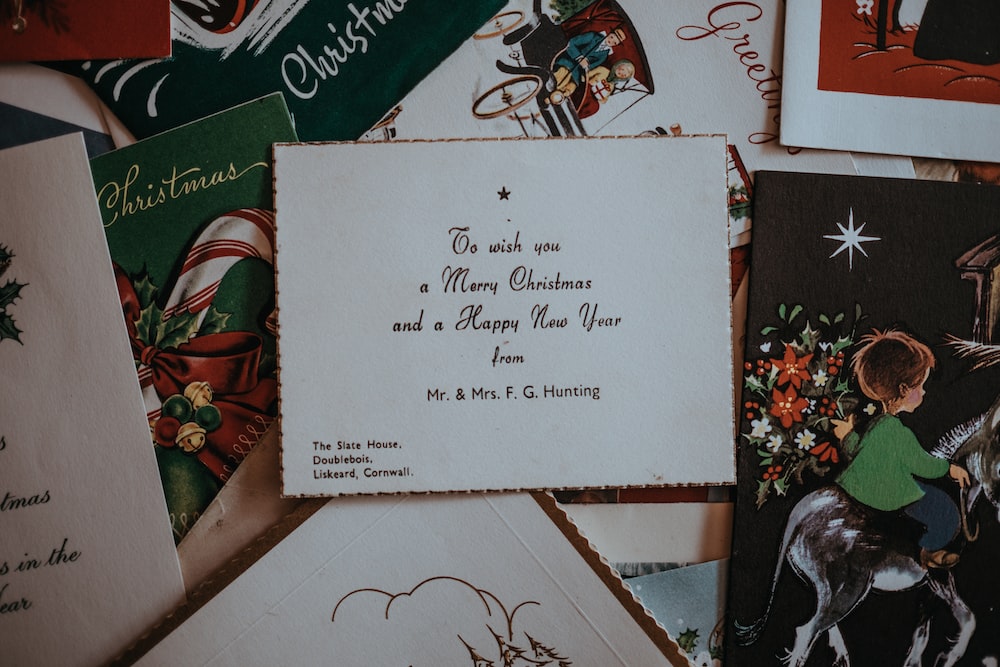 4 thoughts on “CHRISTMAS CARDS | How Did it Start?”