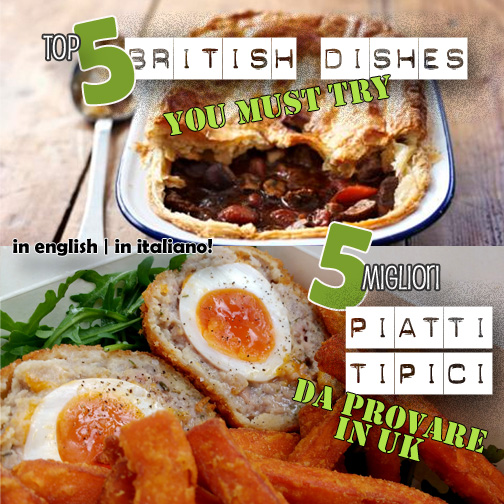 To be very honest I would list a lot more then 5 dishes, because there are so many that I truly like, but today I’m going to tell you which British Dishes you should try while in the UK. 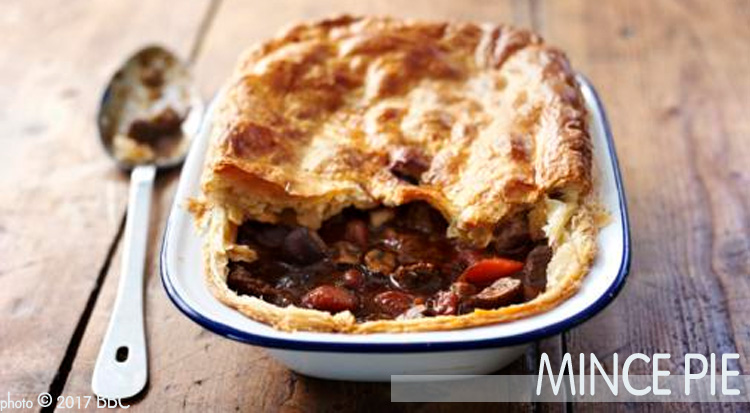 It is also colled “Cottage pie” and is made with minced lamb and a crust of mashed potatoes. This dish has a few varietions, the restaurant option is often slightly different from a real home made Shephards Pie. It has a  thick base made up with minced met mixed with finely chopped vegetables, mainly carrots. This base is then covered with a think layer of mashed potatoes and baked! It is avery “Poor dish” and rather easy to make at home as well. 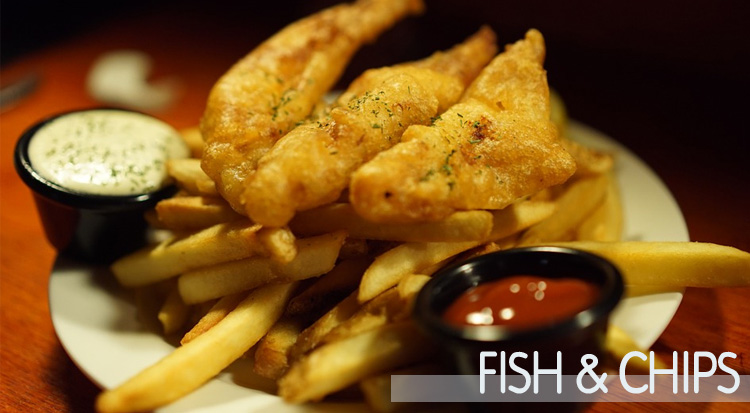 I guess it is the dish Britain is mainly known for. It consists of fried and battered fish and hot chunky chips, ofen eaten with salt and vinegar. It ia s very common take away food.

Of course as any other dish also from other cultures, the fact that is “Truly deeply british” doesn’t mean that you can have a very good Fish & Chips everywhere, I highly suggest to avoid tourist corner shops and try and have a good F&C at a local pub. 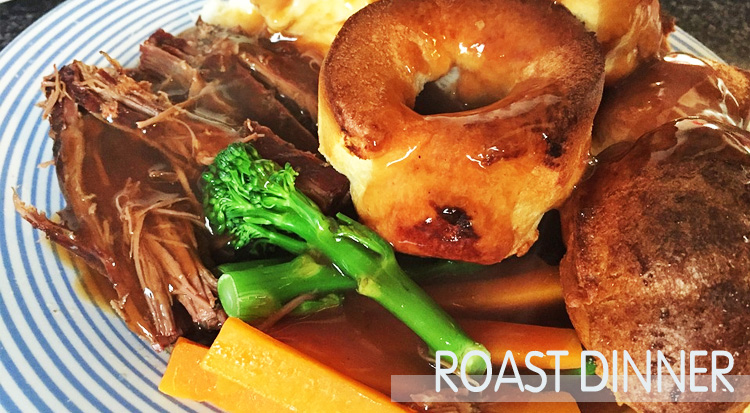 It is definitely another reason for visiting a nice pub. The Sunday roast is a traditional British main meal that is typically served on Sunday.

Expect a nice hearthy dish with roasted meat, roast potatoes, Yorkshire pudding and vegetables. Everything with a large amount of gravy poured on top. Super yummy and so-ooo British ! It is usually served till late in the afternoon but please check with you local pub.

Well, what can I say, I just love British scones! It is similar to a sweet bread, slight flakey, looks like a small cake and a buttery consistency. Usually served cut in half, and along with raspberry jam and cloatted cream. It is a must during Afternoon Tea. 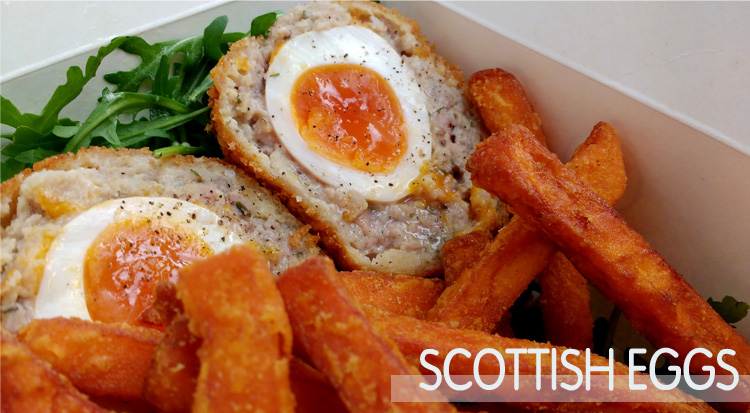 These are simply delicious! They consist of a hard boiled egg wrapped in sausage meat (pork minced meat) that gets coated with bread crumbs and then deep fried. Nope, they are not light at all but believe me it is a must! So tasty and fullfilling. Scotch eggs are a common picnic food and are widely available in supermarkets, of course try and have freshly fried one, for example the ones they make at LONDON BOROUGH MARKET!

As I’ve said before there are a lot more dishes that I truly enjoy, an extra one is definitely a traditional Full English Breakfast also called “ a fry up”. Cornish Pastry is another thing that I really like, it is made with a nice layer of pastry filled with meat, vegetables and potatoes. Of course you can find a veggie option as well.

Last but not least MEAT PIES are very traditional and tasty, there is a nice PIE shop in Covent Garden, check it out !