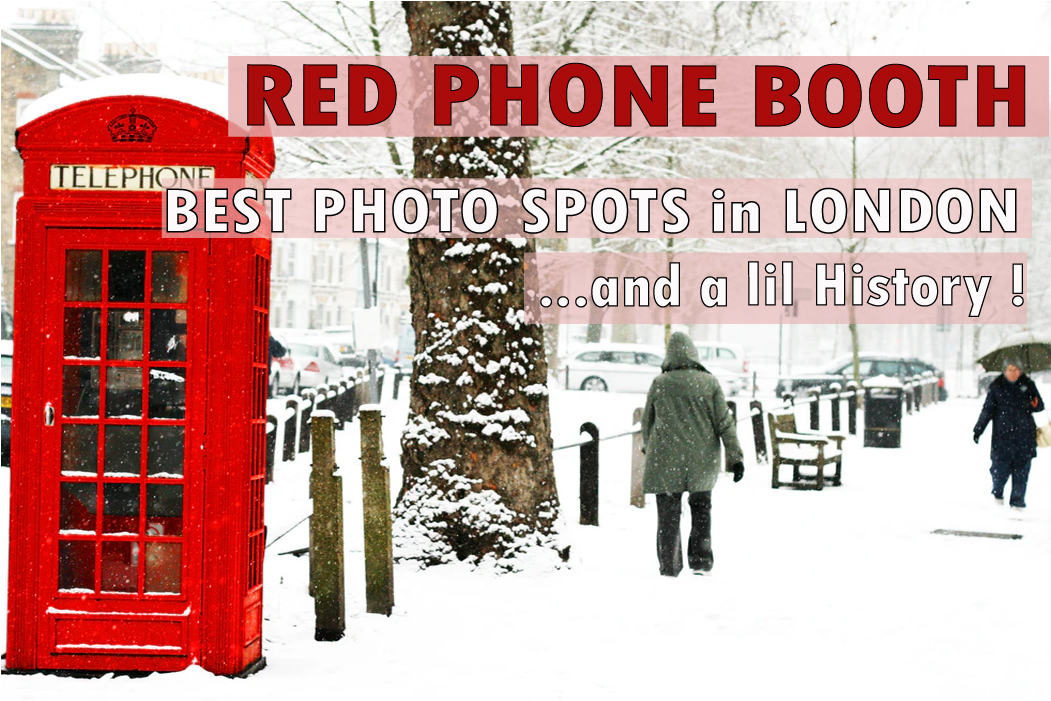 Come on, let’s be honest here. You have been to London and you do have now a picture of yourself next to a red phone Box, don’t you?! I know you do have one! We all have one. However, have you ever wondered how come we have so very few now? Plus, where can you find nice ones in London? Let me tell you a bit more about these iconic phone booths. Red Phone Boxes in London & History – Arent you curious?

The red telephone box was designed by Sir Giles Gilbert Scott, and it is definitely not the only red iconic symbol of Britain: think about the well-known red letter box and the cool red double decker bus! They are all red!

In 1924, the Post Office sponsored a competition to have phone Booths redesigned and Scott won the competition with the K1.  – K1? Yes, one thing you need to know is that we have had so far 6 different designs for the phone booth.

The famous phone box arrived in the streets of London in 1926, and London was the first city to have these new phone boxes. A very few were selected to be placed in other cities across the UK.

The K2 had the Royal Crest of King George on all fourtop sides, the V shaped crest had holes used for ventilation. The K2 is now very rare and is taller and bigger than the current K6, bear in mind that only 1500 K2 have been manufactured and we can find just a handful of them now. The reason why it was not used widely is due to the fact that these were too big and too heavy, that’s why the Post Office discontinued them.

How come we can’t see so many around London any longer?!

In the 80s they began to age, and vandalism didn’t help. Repairing was very expensive, that’s why in 1985 the newly privatized BT (Telephone Company) decided to take them off the streets and sold them. We still have a few all-around London but, although they are very nice and elegant, they are not as beautiful as the old ones used to be. We still have about 2000 of the old ones left across the UK, and some can be found in London.

And if you really like them, you can buy a replica, a full-size replica! The Phoney Box makes amazingly looking replicas and it could be a great idea for your garden! (kidding, or maybe not!) – Nope, they are not paying me for the mention and hopefully they wont send me a free kiosk because I have no space in my London Flat for it! 🙂

Nowdays phone boxes are designed to be used for any kind of business.

In 2008, BT introduced the Adopt a Phonebox scheme: for just £1, local authorities and charities can buy a phone booth and protect its heritage.

If they decide to fit a defibrillator in their kiosk, BT will supply free red paint for them to paint the booth and make it look nice again! What a great thing!

Best Places to snap a photo of the famous

How about you, do you have more spots that you think should be included in the list? Please leave me a comment down below 😊