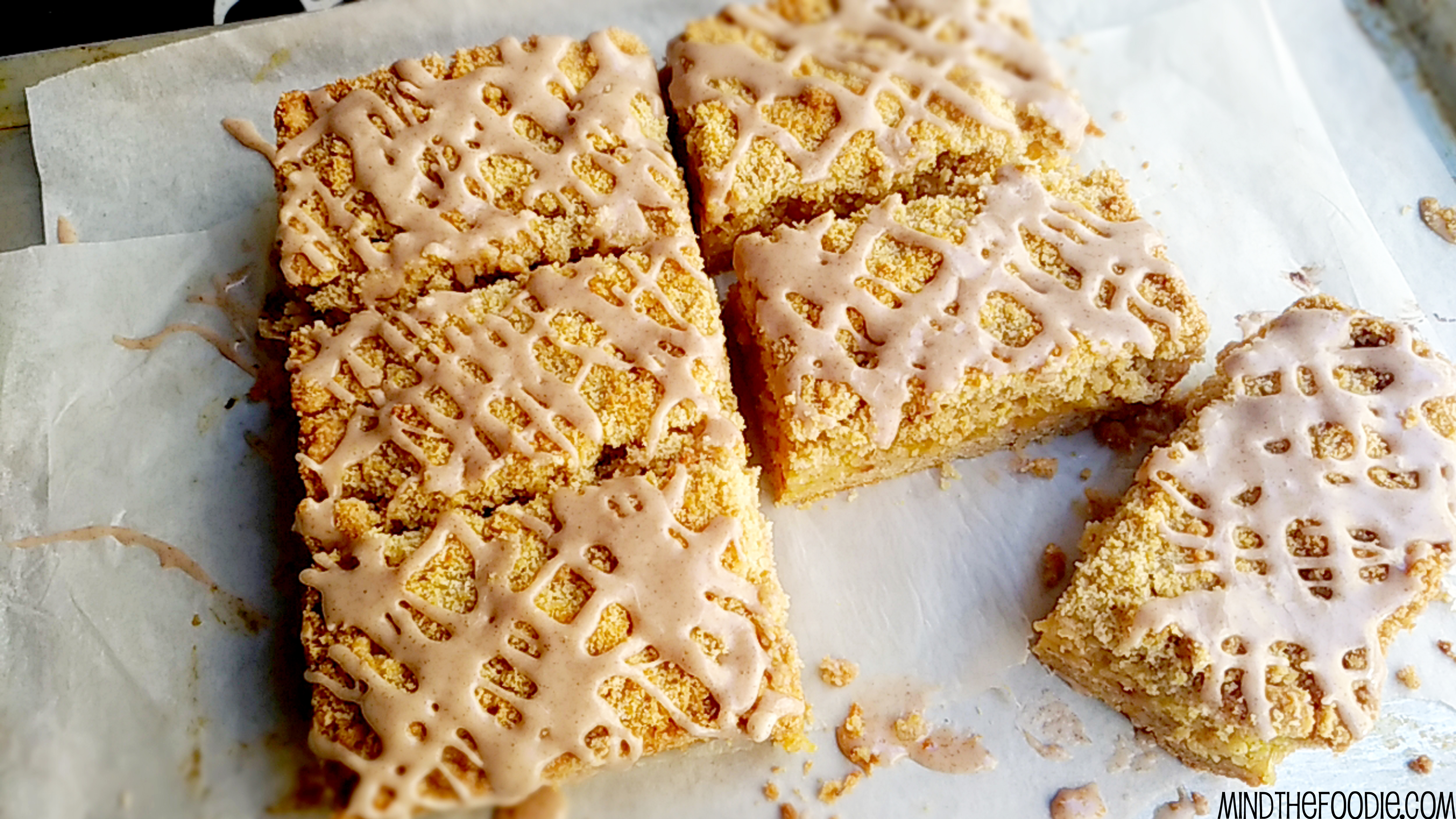 Yeah!! It’s peach time! Again, I know, it happens I have a few peach-themed recipes on my blog, but what I say, I love them! Love their tendersness and in this particular case that tenderness is matched to a crunchy crumble, so it’s just a perfect recipe, really. 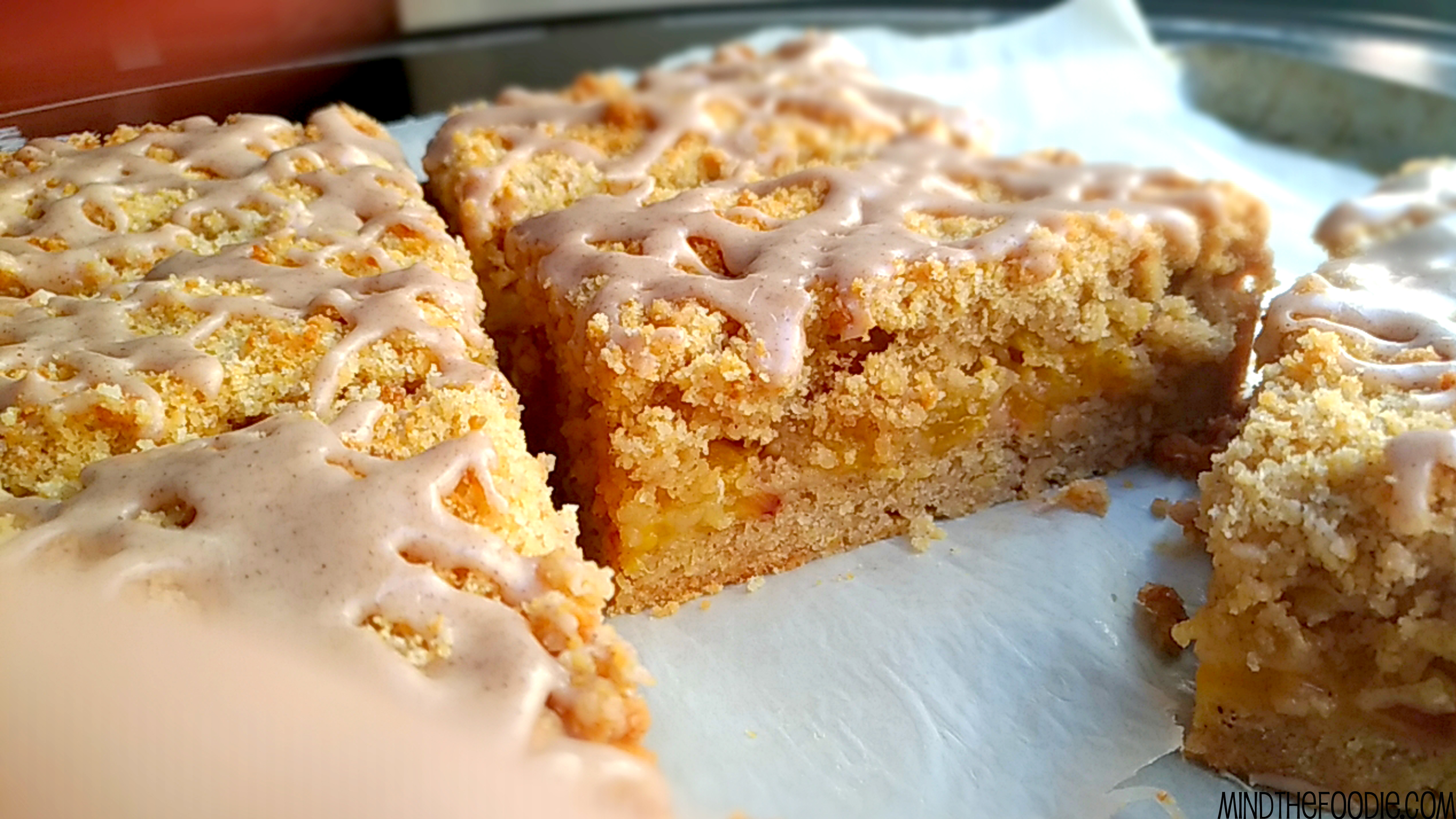 Cinnamon gives to this recipe a very nice spicy flavour, which I personally think it is just what this recipe needed. Peaches and cinnamon is my new obsession. You can cut smaller squares and have them as part of a selection of tea-biscuits, nice idea, isn’t it?! Let’s see how I made this Peach and Cinnamon Crumble Square.

Please Note:Line the tin with a long piece of parchment paper, let the paper hang over the edges a bit, this will work as a “handle” and you’ll be able to take the entire block out of the tin, and then cut it into squares. 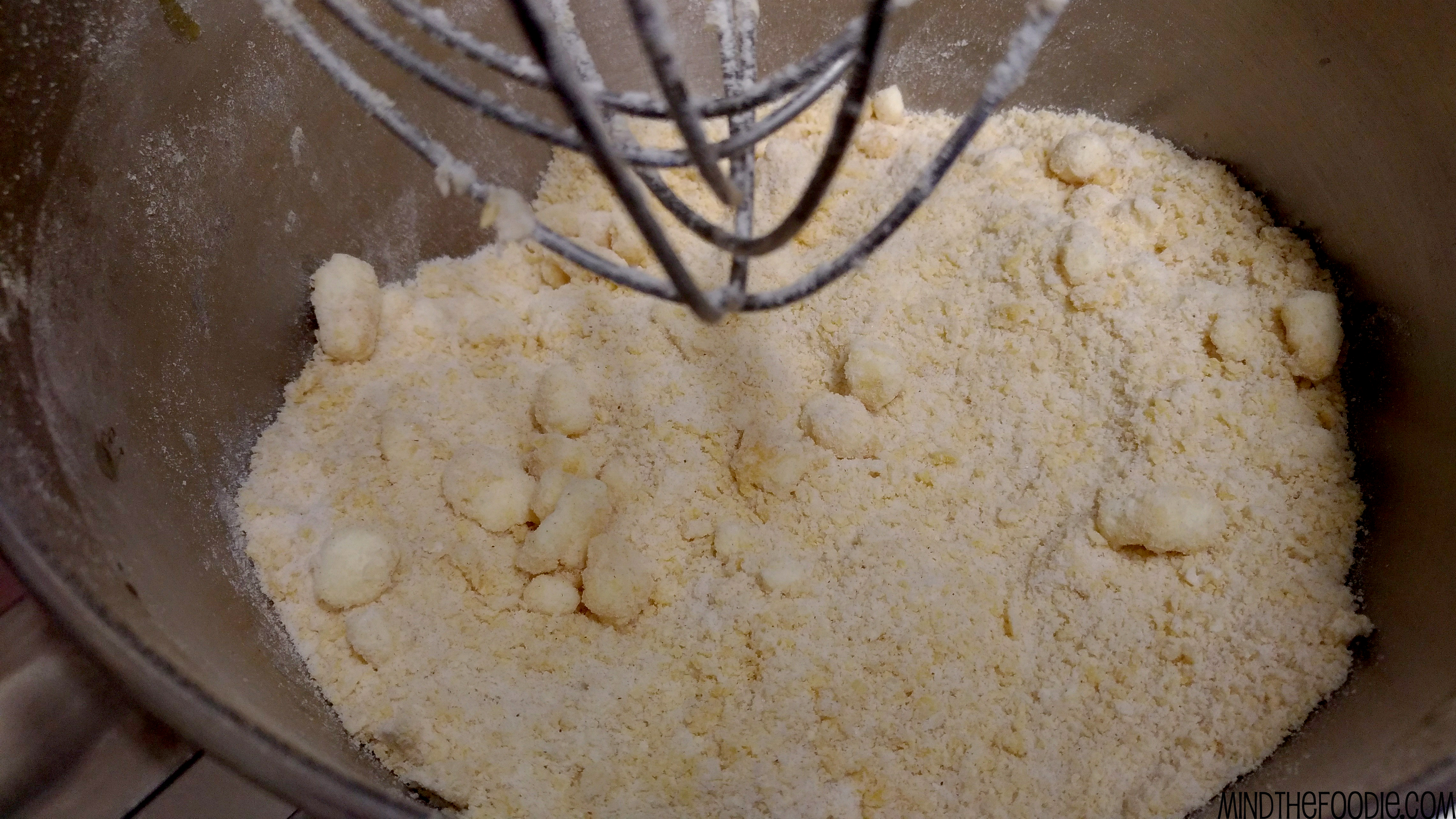 It is not difficult, is it?! If you don’t like peaches too much, you can use blueberries or even strawberries. If you decide to go for the latter, don’t use cinnamon, but some lemon zest into the crumble mixture instead.