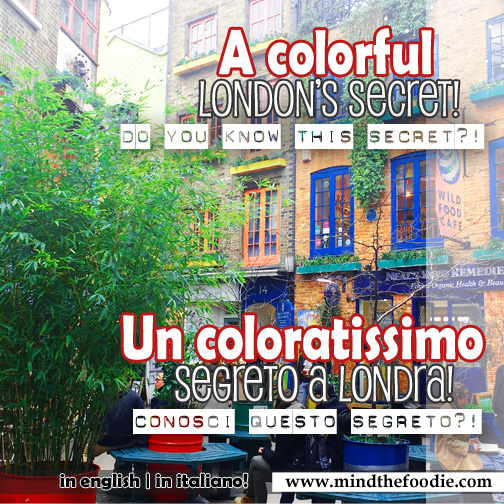 So, how many times have I said that in London is so easy to find hidden amazingly pretty places?

Well, Neal’s Yard is definity one of those places.

Full of bright colours, it is a small alley just off Covent Gardens and has pretty and colourfull buildings,  with shops and cafes. picturesque and very hippy style, which is actually some kind of “refretion” of the person who created Neal’s Yard.

Nicholas Saunders, a  businessman and pioneer of the so-called “healthy food” lifestyle, loved unconventional stuff so much that his flat in west London soon became a gathering spot for hippies and people who wished to lead a more “alternative” lifestyle. 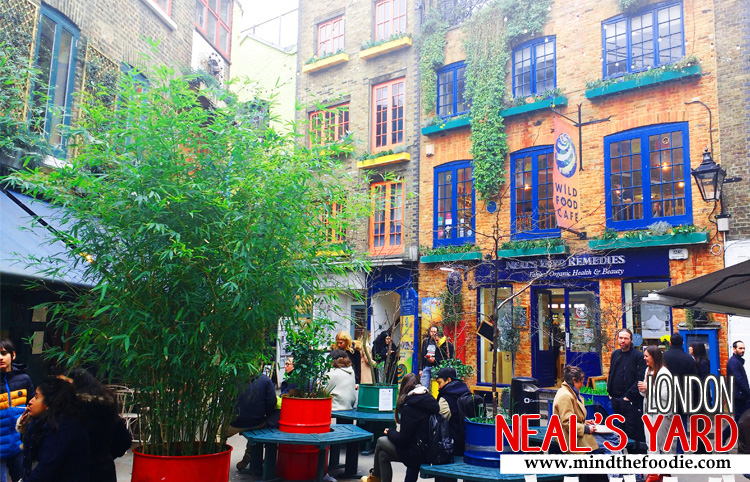 The flat burnt down by an accident caused by one of his friends, who was using a candle suring meditation, Sanders seized the opportunity to get started in a new adventure which involved some of his friends who had great ideas but very little money and could not put into practice those ideas. He bought a building in Neals Yard and made it a focal point for the high demend of wholefood that there was at that time, selling it at very good prices. He ended up buying almost every single buinding in the alley and opened a Bakery and other shops.

Then he deided to make it look prettier and added in nice trees and colours, he actually had everything painted in bright colours, even rain pipes and garbage bins. The doves you an find in there today have actually been bought and freed there in order to make the alley even more peacefull and nicer. 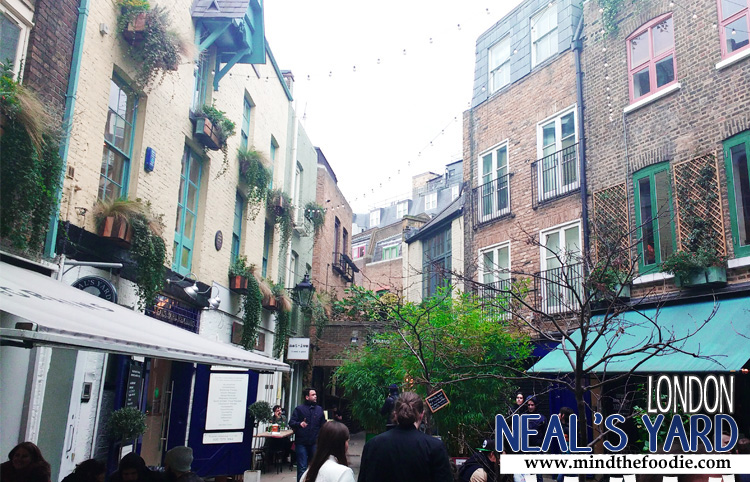 This is a very nice corner of London and many city workers gather here for lunch during nice weather.

It is very close to Covent Gardens Market but you must be very carefull in not going any further the entrane of the alley, it is actually so narrow it is easy to miss it!

It definitely worths to be visited ! Noce for a coffee, lunch or just a walk in there. To be visited if you wish to forgert for a few minutes about the caos caused by trafic and people in central London, this is a very peaceful place. Kind of the same thing that happens when you step into ……nope, not going to tell you.

One thought on “NEAL’S YARD in LONDON”