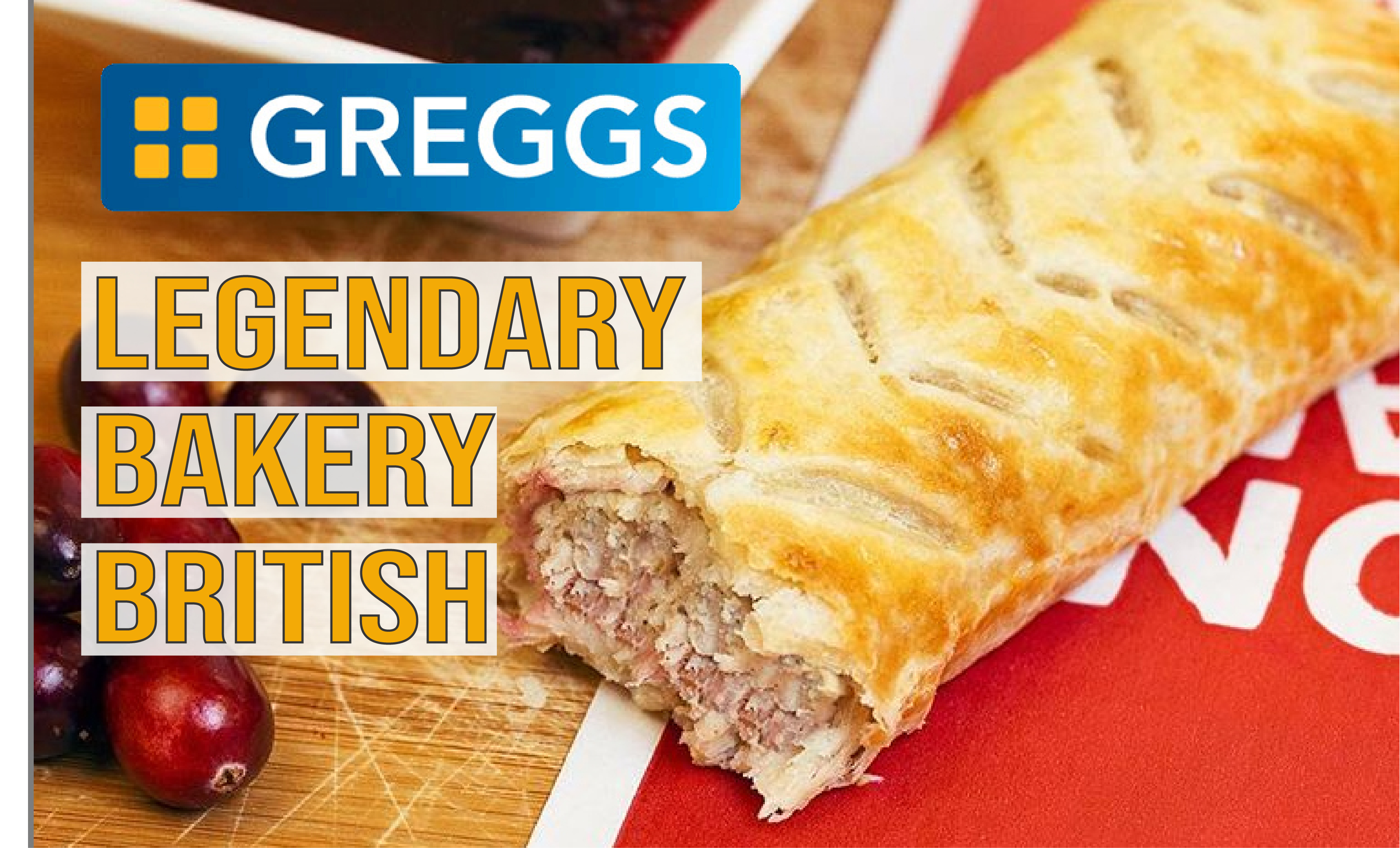 We are all so used to use places like Pret or EAT when visting London, arent we ? I know they too serve amazing on-the-go food, but if you want to try a truly British experinec, Greggs is the way.

“Eighty years ago, John Gregg started out with one goal, to deliver (by pushbike) fresh eggs and yeast to the families of Newcastle. Ten years later he chained up his bike and opened Greggs of Gosforth. Making, baking and selling fresh bread and tasty treats from his very own shop on Gosforth High Street…there’s still a Greggs there today.”

The first Greggs was opened in 1951. They opened more shops over the years, all over the UK, always trying to improve quality and service. The goods on offer changed accordingly to the nation’s taste, of course. As it is still happening nowadays.

They have not just been busy baking the best pastry sausage rolls, but also had found time to do some good.

An iconic British landmark… next to the London Eye. 📸: @dirtyvegazine

Way back in the sixties they launched their ‘pie n peas supper’ for older residents in Gateshead, and today they support Children’s Cancer Run which has raised over £30m. This is not all, because they also have the Greggs Foundation.

Today they own over 1,950 Greggs in the UK, still keeping busy to give the best quality, serving food that’s free of the “bad” stuff (no artificial colours, flavours, MSG).

They have been awarded has one of the best “Happy Workplace”, they do look after their employees which are now 23,000 …and happy. They of course do look after the customers too, with nice perks and Greggs Rewards?

GREGGS specialises in savoury products such as bakes, sausage rolls and sandwiches, they are very well known for their doughnuts and vanilla slices.

In 2013, things changed a little for Greggs they started to change baked goods to be sold, this was due to the fact that they could no longer compete with supermarkets on that front. The company decided to start selling “food on the go” goods, and this decision paid off: they already had a good 80% of their market coming from that niche.

The best seller item is definitely their Sausage Roll (selling more than two million units weekly). Wrapped in buttery puff pastry, freshly baked in store throughout the day, or baked in a pre-baked cold pack ready to take home and heat up.

They also have amazing Bakes: puff pastry pockets filled with mixed veggies or meat options. Super yummy, and what is even better …the price! Their prices are super convenient compared to other similar places in London. Greggs’s sandwiches are made freshly every day and generously filled, still, the price is super good.

Greggs launched a vegan sausage roll in January 2019, made with vegan Quorn. Greggs have a partnership with the Quorn company. This strategy was very much appreciated, and their vegan options are now super appreciated by vegans. They have also recently launched a meat-free version of its steak bake.

Greggs has seasonal menus which include new product lines such as chicken curry soup and peri peri chicken flatbread during wintertime.

The range also includes low fat snacks such as yoghurt pots and light drinks such as lemonade and fruit juices.

For all you #foodies out there…

GREGGS is not a touristy spot; it is not packed with crazy tourists grabbing everything they can. GREGGS is a local British experience. You will not find many Greggs shops around; they are mainly in more residential area next to local shops. But yes, of course, you can find Greggs in central London too.

When you step into a Greggs store, you are actually stepping into something truly British. Enrich your UK Holiday next time by going into a Greggs shops and get a tasty Sausage Roll!