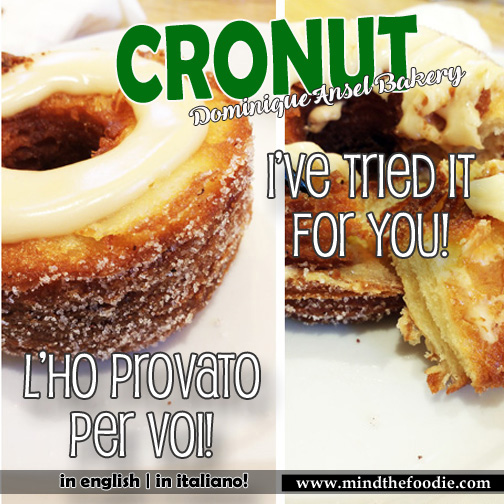 CRONUT. What-the-hell is it?!

I first heard about Cronut a couple of years ago, when it all began in New York, but to be very honest to you, I could not care much, I knew it was something similar to a croissant but looked like a donut. Uhm. OK.

I kinda forgot about it ‘till last October when someone told me that Dominique Ansel has just opened his famous bakery in London as well.

So, who’s this guy?! He is a french Pastry Chef, who has been working in his pretty bakery in New York since its opening in November 2011, known for his exquisite pastries, became very famous in 2013 when “invented” The CRONUT. At present time he owns a Bakery in TokyNYC, Tokyo and the new one in London, opened on Sept.30th 2016.

His Cronut is made with  laminated dough from a secret recipe, and gets sugared and filled with some sort of cream or jam, each month a new flavour.

(Laminated Dough:  a  preparation made up with many  layers of dough, rolled, covered in butter, folded, and rolled again, several times. This process helps the dough to puff up during baking).

I must admit I stepped into Dominique Ansel Bakery thinking that I was about to have a very average tasting “pastry”, something that became very famous without being that good, without deserving all the success that was receiving.

Oh My I was wrong.

First of all let’s talk about the area in which the Bakery is located. Nicely placed in Belgravia, home to some of the most prestigious addresses in London, not a very turisty area, but as soon as you turn the corner at the end of the street you find yourself in central London and a few yards away from Victoria Station.

The interios are minimalist and elegant. The counter is quite long and all pastries very well displayed.

I ask for a Cronut, in October 2016 the flavour was Salted Caramel and something similar to Dulce De Leche.

I sincerily thought I was going to die. 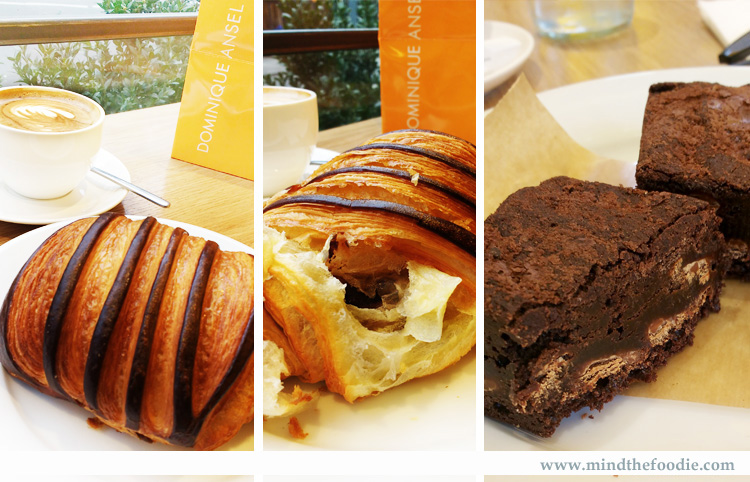 Do not try to be posh and have your Cronut with a fork, of course you can try, but believe me you are going to miss all the fun!
Just have it like you’d have a croissant or a donut.

Yes, I had two. If you don’t know how difficult it is to make a good laminated dough, and don’t know about high-quality ingredients, you might think it’s a little overpriced. But I strongly believe that it is dough making (laminating etc), fried at a specific temperature, filled with cream, and finally sugared.

It was incredibly yummy and you could tell it was made and baked at perfection.

I highly recommend a visit to his bakery. I also tried his Brownie, and did find it delicious, Fudgy, very chocolaty, and the portion was pretty big.

FUN FACT: Since the making of the Cronut is very particular and takes ages, production is limited, so back in 2013 when it all began, scalpers came to action: reselling a normal 5$ Cronut  for up to 100$ each! (crazy stuff!)

Have you tried a Cronut? Please let me know if you enjoyed it, as you can tell I simply fell in love with it! 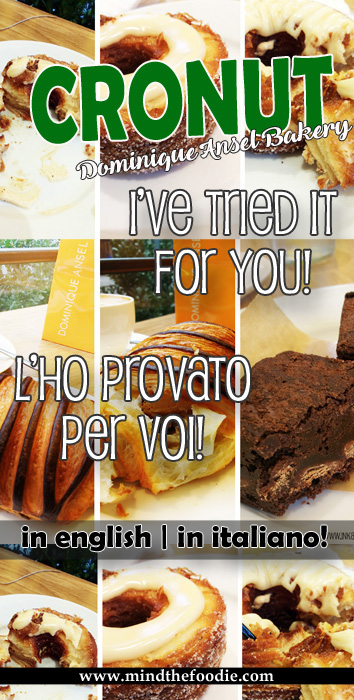